CINCINNATI (Hypebot) — VNUE has signed an agreement to acquire Soundstr, a music tech startup that helps businesses pay music license fees based on actual music usage, both companies announced this morning. Soundstr was founded by Eron Bucciarelli-Tieger, who was the co-founder and drummer of the platinum-selling rock band Hawthorne Heights.

Instead of paying standardized yearly fees to PROs like BMI, ASCAP and SESAC,  music licensees under the MiC system would only pay for music they actually used and the appropriate rights holders compensated. VNUE will also leverage the technology in its “instant live” recording businesses set.fm and DiscLive to streamline rights clearances.

“PROs have no idea what music is actually being played”

“For years, the performance rights organizations (PROs), have utilized blanket licensing agreements to charge businesses, such as the 62,000+ bars and taverns in the US, large fees for music they are likely never going to play, due mainly because the PROs have no idea what music is actually being played,” said VNUE CEO Zach Bair. “Because of this, many rights holders don’t see a dime from performances of their work in blanket licensed businesses. Our technology aims to solve this issue and make it fair for everyone.”

The Cincinnati-based Soundstr was founded by Eron Bucciarelli-Tieger, who was the drummer for platinum-selling rockers Hawthorne Heights. Like Bair, Bucciarelli-Tieger became passionate about rights management when he determined that he was not being properly compensated for the use of his music.

“The vision for Soundstr is to create transparency on real-world music use, ensure accurate songwriter payments when their works are used and simultaneously help licensees pay fees in accordance with their music use,” said Bucciarelli-Tieger. “VNUE is the natural home for Soundstr as the company seeks to carry on with that vision. I look forward to the day when General Performance royalties show up on my Performing Rights statements.”

“The current performing rights system discourages venues from having music and does not fairly compensate the musicians even if the venues do pay into the PRO system. With the joining of the MiC system and Soundstr technology, we will better align the fees the venues pay with the music that’s actually played there, and by making this fee fair and transparent, increase the number of licensed venues, and ultimately increase royalty payments to the actual rights holders for the songs,” Bair added. 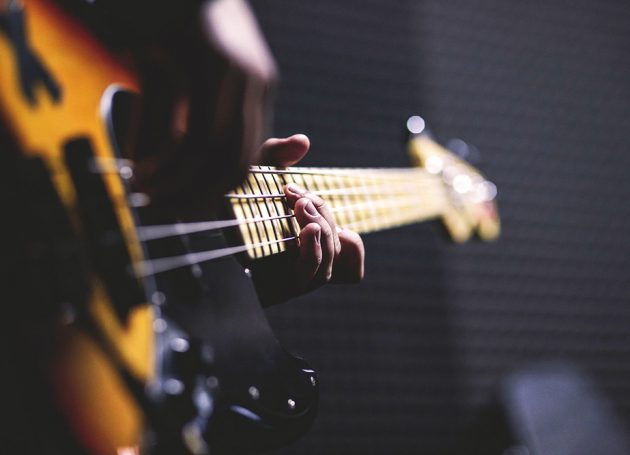 The Haves And The Have-Nots

#DoNotAbandonUS: An Open Letter To Congress From The Live Events Industry