NEW YORK (CelebrityAccess) Some may recall there was an odd, pop-up merch store recently in New York City that sold apparent merchandise from the disastrous Fyre Festival but nobody knew who was behind it – but at least one intrepid reporter has dug deep and and may have traced it all back to Fyre co-founder Billy McFarland.

McFarland is currently awaiting sentencing on two counts of wire fraud, each carrying a maximum sentence of 20 years. He was arrested on charges of wire fraud and money laundering. He is also facing new charges over allegedly selling fraudulent tickets to fashion, music and sporting events like the Met Gala, Burning Man, Coachella, the Super Bowl and the Grammys.

All this after becoming a national figure for organizing the Fyre Festival, what was to be a posh music festival for Millennials with disposable income that turned into the stuff of nightmares. Hulu is planning on a documentary series about the ordeal next year.

Last month, an intriguing announcement online said there would be a sale of Fyre Festival merch at a building on Broadway Avenue in New York May 21. Not much was known about it or even if it was real, but reports arrived from patrons that it did indeed have Fyre merch and it was being sold by “Chris,” who claimed he had lost $4,000 on the festival misadventure but bought the contents of a storage shed because of a “tip” and resold the T-shirts and trinkets (from $50 to $200) to recoup his losses.

That apparently wasn’t good enough for Mathew Olson, associate editor of Digg, who attended the sale along with reporters from Buzzfeed and the New Yorker. In an extensively researched article, Olson traced “Chris” to “Chris Helmsley” to a Boston College graduate and former employee of blockchain company R3 named Chris Khan.

From there the research travels down a rabbit hole, winding up at a place where Khan was a customer in 2014 of Magnises, a company that McFarland started prior to building the Fyre Media brand.

“I was able to place Khan and McFarland together at at least one event,” Olson writes. “Magnises had a photographer present at the event and posted the photos from the party on their official Facebook page. Khan is visible in several photos, including one placing him a few feet away from McFarland.”

From there, the investigation delves into the auction at the storage shed, noting that the bankruptcy trustee’s attorney said that if an auction took place, it was in no way related to McFarland’s Chapter 7 bankruptcy case.

“If, hypothetically, McFarland had possession of the merchandise and transferred it directly to Khan for the purposes of the sale, that could possibly violate bankruptcy law,” Olson wrote.

Olson was careful to note that his research does not conclude there is a direct link from McFarland to Khan to the pop-up sale. 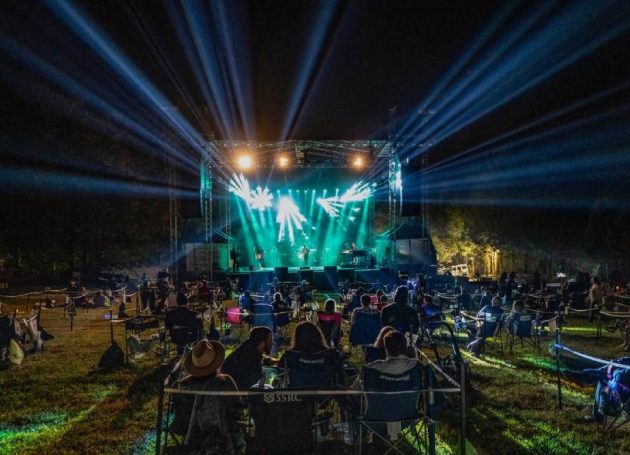