(Hypebot) — In this piece, Fred Jacobs weighs in on the state of rock music, and what a new cut from Ed Sheeran and friends could mean for the future of the genre on radio moving forward.

Hard as it may be for some of you to believe, but I have a friend on the label side of the business.  And about once or twice a year, we have an impassioned conversation (debate?) about the state of new Rock music.  Increasingly, these discussions are taking less and less time.  That’s because there is just not much to talk about.

The chicken-egg of it is that unknowingly, Rock radio and the record labels that once focused on the genre have “co-conspired” to create a drought, a crisis – whatever you want to call it.  The format – originally known as AOR (Album-Oriented Rock), and later Active or Mainstream Rock, was once predicated on a solid, healthy base of great new music – in some way, similar to how Country has evolved.

But these days, most stations in the format are struggling to play a current and a recurrent an hour.  And every music researcher in the business will tell you the dirty little secret in their spreadsheets of data is that it’s virtually impossible to get new Rock to test anywhere. It simply cannot compete against the “gold.”

I’m not going to let this post descend into the reasons why this has occurred.  There’s plenty of blame, excuses, and rationalization to go around.  And it solves nothing.

So, why even bother with a post about new Rock music?

Because a new song was released a few short days ago that could be a game-changer for a variety of reasons.  Now I know that term has become hackneyed, but so before I bias you one way or the other, before we get any further, take 3½ minutes to watch this video:

Hands down, this is one of the best rock songs I’ve heard in some time.  Many of you know I’ve been an unabashed fan of Michigan born and bred Greta Van Fleet, one of the few bright lights on the Rock radio highway these past couple of years. But “Blow” brings a sense of raw energy and fun not heard in some time (at least by me).

So, there’s a punchline.

Perhaps you noticed the three female models in the video are lip-syncing.  They aren’t the artists, the writers, nor are they the musicians.

In reality, you’re listening to an Ed Sheeran song, in collaboration with Bruno Mars and Chris Stapleton.  To call this a gender-bending, genre-bending musical moment is an understatement.

Rock radio has been an artist-driven format since its beginnings.  Many programmers (including me) will tell you this matters – that it’s not just the song, it’s who’s on stage or in the recording studio.  And that stance has been tested before – and has almost always come up short.

I was programming WRIF when Michael Jackson‘s “Beat It” was released in February of 1983.  You’ll recall that Eddie Van Halen had a great cameo on the song, a blistering lead that was also prominently featured in the video.  MTV had already become a new music force, and everyone was talking about the song and the video.

The pressure to add “Beat It” was intense.  In much the same way as this Sheeran song, many saw this as a way for a Pop artist like Jackson to break through on Rock Radio.  I was one of those stations that never added it – nor did I spin “Beat It” even once to test the reaction.

Michael Jackson was at the height of his powers, and the Thriller album (of which “Beat It” was the third single) would go on to become his best ever.  He was on MTV at least once an hour.  My judgment was that our audience was not ready for Michael Jackson or the song.  Nor would they have been ready for Culture Club, Hall & Oates, or the Little River Band, all of whom were popular during that time, even if they had managed a way to produce a Rock-sounding song.

But here were are – more than 35 years later – and Ed Sheeran is begging the same question. Keep in mind that in 1983, WRIF (and hundreds and hundreds of Rock stations) had a reservoir of great currents on the playlist.  When “Beat It” was released, I had great new music from Tom Petty, Bryan Adams, Def Leppard, Led Zeppelin (“Coda”), Ozzy Osbourne, and Sammy Hagar in rotation.  In short, the format was healthy, and loaded with great new music to play.  I didn’t need “Beat It.”

“Blow” is landing on PD’s desks (or desktops) at a very different time.  Today, great new music for Rock stations is a rarity.  It’s why so many have focused their energies on their gold libraries, as well as their personalities and lifestyle promotions.  We also live in the post-iPod era where eclecticism in music tastes has become the norm.

And so a great Rock song by Ed Sheeran is testing the waters once again.  Are stations playing it – and will they?

To find out, I enlisted the help of Haley Jones, Nielsen Music‘s Director of Radio, to dig deeper into the airplay numbers.  Using BDSradio to track “Blow,” we find that of the 63 stations that have played it, only about 3% are Mainstream Rock stations.  In fact, just 14% of these rockers have played “Blow,” and most have just spun it a handful of times.

The heavier airplay is occurring at Mainstream or Adult Top 40 stations.  Of the early spins for “Blow” 17% are coming from these pop-based stations where Sheeran (and Mars) are already a staple.

But perhaps the real action on “Blow” is a tool we didn’t have back in 1983 – streams.  During its first four days online, the song earned nearly 3 million on-demand streams (which includes both audio and video) here in the U.S., indicating there’s consumer interest and curiosity.

Ultimately, what will happen to “Blow” on Rock Radio?  Will programmers add it, open up the phones on morning shows, or ignore it altogether?  Is it possible a song could break on Top 40 and then cross-over to Rock Radio?

And perhaps the more existential question is what will become of new music on Rock Radio as fewer and fewer labels release songs that are solidly in the genre?

Will there be another Nirvana?  Or Metallica?  Or Zeppelin?  Is there even a market for Rock n’ Roll among today’s Gen Z’s?

I’m good at asking questions.  I’ll leave the answers to you, always available in our “comments” section below or on Twitter and Facebook.

In the meantime, kudos to Sheeran, Mars, and Stapleton.

They’ve given Rock Radio (and us) something to talk about.

Fred Jacobs founded Jacobs Media in 1983, and quickly became known for the creation of the Classic Rock radio format.

Jacobs Media has consistently walked the walk in the digital space, providing insights and guidance through its well-read national Techsurveys.

In 2008, jacapps was launched – a mobile apps company that has designed and built more than 1,200 apps for both the Apple and Android platforms. In 2013, the DASH Conference was created – a mashup of radio and automotive, designed to foster better understanding of the “connected car” and its impact.

Along with providing the creative and intellectual direction for the company, Fred consults many of Jacobs Media’s commercial and public radio clients, in addition to media brands looking to thrive in the rapidly changing tech environment.

Fred was inducted into the National Radio Hall of Fame in 2018. 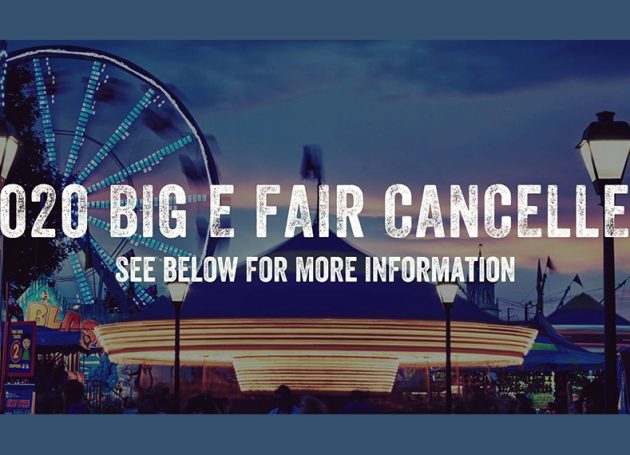