I hate to pierce the bubble on this, but am I the only one who thought this wasn’t good, ultimately barely watchable?

Byrne’s barefoot danceathon got raves on the road. And when the reaction caught up with the country, when the press finally realized what was going on, Byrne took the show to Broadway, in the wake of Springsteen’s talkathon, and did boffo at the b.o. But just like Bruce’s show, it did not translate to the screen, no way, just like Beyonce’s appearance at Coachella.

In other words, you had to be there.

In other words, you just can’t capture the live experience on film.

I could tell, watching this show, that to be in the audience would be a thrill. And maybe, even more thrilling, to be at a gig, outside, where many of the original shows took place, crushed-up, standing, moving your body, getting caught up in the excitement.

But there was no excitement in this show. You see filmed plays/musicals have never worked, which is why Hollywood always makes them into movies, from “My Fair Lady” to “Hello Dolly!” to “Who’s Afraid of Virginia Woolf?” You’ve got to take them out of the theatre, you’ve got to enlarge them. One person on stage alone singing works in a theatre, it does not on the screen.

Furthermore, may I say that Byrne’s voice has taken a hit over the years? Such that when you focus on it you can hear the flaws, but if you were there live you’d overlook them?

As for the numbers… This is a performance that needed a soundtrack album in advance. So you could familiarize yourself with the material, so you’d know it and understand it, like “Hair,” and ultimately “Hamilton.”

“Hamilton” on Disney did not work either. But, everybody knew the tunes, and you had a peek into a phenomenon. You felt you were let in on an experience that had evaporated, the original players/singers in the original performance. But it’s not like David Byrne is gonna disappear, at least let’s hope not.

But the hype was unbelievable! Spike Lee was involved! But what we really ended up with was a press clusterfuck. A self-referential bonanza of stories that left the public out. I’d say I was let down upon finally seeing the show, but that would be too charitable. If you watched the whole way through you are to be commended. And it’s not because we’ve got short attention spans, but because there’s so much else of quality to choose from.

And I can continue to denigrate the show and its publicity, but the truth is this was a great advertisement for live performance, something which is absent today. I could tell if I was there, I’d dig it, I’d have a story to tell. And, in an era where everything ends up on YouTube, it’s still not the same as going. Actually, I’d say filming this show did it a disservice. It eviscerated all of its magic. Which was about movement and instrumentation and choreography. You had to be there.

In an era where everything is easily duplicated, it turns out the ephemeral is what we’re really interested in. Something done once, for us. And sure, there’s the benefit of the shared experience with those who go with you, but it’s the little, out of the ordinary moments that make a show transcend, a cover, a speech, a mistake…we like to say we were there, we like to believe we experienced something special.

But watching David Byrne on HBO we felt like we were at a movie. Even worse, a movie of other people’s experience. It was static, we all saw and felt the same thing. Whereas at a show you’re constantly shifting to get a better view, you can feel the bass and lock eyes with those you know and don’t know and smile.

Unfortunately, the performing arts get no respect in our country today. They’re the glue that keeps our culture alive, but the government refuses to save them. Sure, we’re trying to Save Our Stages, but the truth is the live business is caught up in a battle between the right and the left, no agreement can be made, being part of a bill that does not pass is a pyrrhic victory.

Even worse, as taxes have been lowered, as the arts have been excised from school, our feeder system has been compromised. You cannot teach inspiration, but you can nurture it. Instead, we teach to the book, we turn out automatons, who end up graduating without good paying jobs anyway.

I’m not saying that everybody is entitled to make a living in the arts. I’m not saying that the government needs to sponsor everybody who thinks they’ve got an artistic gift to the world. But if we’re saving farmers, if we’re subsidizing energy producers, can’t we eke out a few shekels for live performance, which ultimately brings us together and makes life worth living? 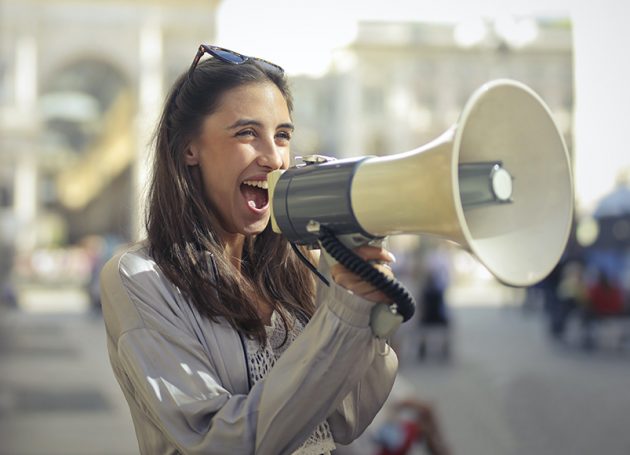 Is It Really Worth It To Hire a Music PR Company?