Legendary photographer Norman Seeff is set to unveil rare and unseen vintage photographs from his 1972 session with the Rolling Stones, staged before the release of the group’s, Exile on Main St. The exhibition opens Saturday, May 14. It will run through Sunday, June 12, at the Rock Photography Museum Special Exhibition Space in Glendale, CA. 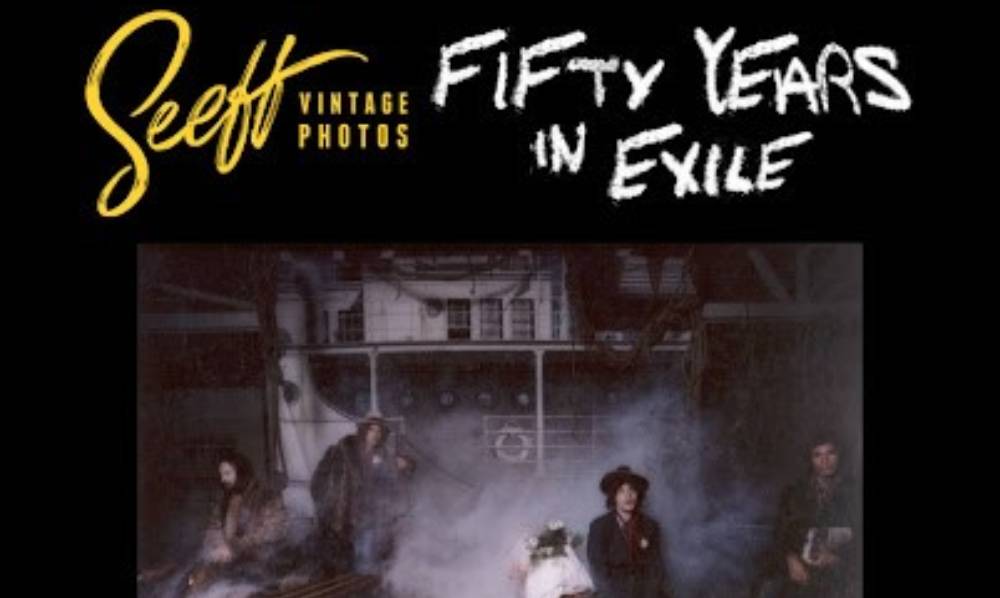 Along with over 30 vintage 16×20 photographs, the show will feature the original layout used to produce a set of postcards included with the album’s original pressing. The one-of-a-kind layout, discovered during the pandemic in a box of discarded materials by Mary Ann Mattiello, Owner and Managing Director of Norman Seeff Photographic Archives, was inscribed by Mick Jagger with the group’s name and album title. Jagger’s handwriting was later used to complete the Exile album cover.

The shoot took place at a studio in Los Angeles on a custom-built set designed to achieve Jagger’s vision of the group descending the ramp of a ship, “defecting” from the U.K. to France. The Stones famously had to flee England the previous year to avoid a massive tax bill that would have bankrupted them.

“So after working for eight years, I discovered at the end that nobody had ever paid my taxes, and I owed a fortune,” said Jagger in an interview with NME around the time of Exile’s release. “So then you have to leave the country. So I said f*ck it and left the country.” The group relocated to the French Riviera and recorded Exile in the basement of Keith Richards’ rented flat.

Seeff’s photoshoot, while chaotic – Bill Wyman was a no-show and had to be “played” by one of Seeff’s assistants – was a turning point in his career. Shortly after, Seeff left his position as an art director at United Artists Records and opened his own studio, where he went on to create images of legendary artists such as Ray Charles, Joni Mitchell, John Belushi, Tina Turner, Steve Martin, Carly Simon, and Frank Zappa to name only a few.

Tickets for the opening night artist reception on May 14 are now available for $25, with proceeds from ticket sales going to Sweet Relief Musicians Fund. Tickets for regular gallery hours will be $10.