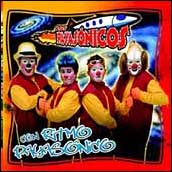 HIDALGO, TX (CelebrityAccess MediaWire) — Clowns entertain at parties. They are usually not a party to a large drug investigation.

But on Sunday, according to The Monitor of McAllen Texas, customs inspectors at the Hidalgo-Reynosa International Bridge found more than 500 pounds of cocaine on a private tour bus that a Latin Grammy-nominated musical group of clowns was riding.

U.S. Customs and Border Protection spokesman Felix Garza refused to reveal the names of the bus’ passengers, saying those were the instructions issued to him from higher authorities, but The Monitor obtained the information through anonymous sources. It was confirmed by three federal agents with knowledge of the case.

At 3:15 a.m., the Monterrey-based Los Payasonicos group’s tour bus with a large painted mural on its side arrived at the U.S.-Mexico border. Upon searching the bus, customs inspectors found 200 bricks of cocaine wrapped in plastic in a secret compartment.

Los Payasonicos are popular in the Monterrey area, where they have a television program that airs three times a week. In 2005, they were nominated for a Latin Grammy for best Latin Children’s Album.

On Monday, an employee in charge of booking the Los Payasonicos for events said the group had sold the bus that was seized at the border six months ago. However, he did not give a specific date or the name of the buyer.

The bus driver and co-driver were taken in for questioning, but Monday were cleared of any involvement.

The singing clowns are now being questioned. However, no arrests have been made yet, according to U.S. Immigration and Customs Enforcement, the agency leading the investigation.

Garza said what happened next was unrelated.

A federal agent said the bus belonged to the Mexican musical group Arnulfo Rey y As.

It, too, was painted similarly to the first bus. Garza seemed to contradict himself when he said the timing of the second bus was "significant." He declined to say why.

The relationship, if any, between the two buses, both carrying large amounts of drugs, is under investigation, according to ICE.

CBP claims the street value of all the seized drugs is $37 million; however, ICE estimates that the drugs would fetch only $5.6 million.

Sunday is not the first time that the children’s musical group has been linked with drugs.

The Los Payasonicos group may be connected with the Osiel Cardenas and the Gulf Cartel, according to a published report in a Mexican newspaper.

"… Children were treated to gifts, music, clowns and a wrestling performance. Cards distributed to the estimated 17,000 adult and child attendees credited Osiel Cardenas as the celebration’s sponsor. Los Payasonicos … helped produce the show," reported La Jornada, a leftist national newspaper in Mexico City, in their May 2 edition.

Cardenas was arrested on March 14, 2003 in Matamoros. However, it is believed he still controls much of the drug trade in northeastern Mexico from his jail cell. The Zetas are the armed enforcers of the Gulf Cartel.