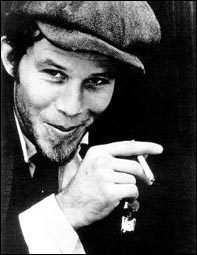 (CelebrityAccess MediaWire) — With the 2005 Rock and Roll Hall of Fame nominations coming up shortly, the Hall has sent its voters a list of 24 artists who have been previously nominated but not enshrined as well as 75 runners-up, who have consistently received several votes but have never been nominated.

The Rock and Roll Hall of Fame has been criticized and severely scrutinized by rock lovers since some of their favorites artists have never been inducted nor even nominated. To date, there have been 159 nominations and 78 percent of them have been inducted.

The Rock and Roll Hall of Fame tends to nominate candidates numerous times until they are spoon fed into the Hall. Solomon Burke was nominated nine times before being enshrined. Little Willie John, The Moonglows and Gene Pitney were nominated seven times before getting in; Black Sabbath has also been nominated seven times but is still an outsider. Ozzy Osbourne did not help his group's case a few years ago when he denounced the Hall and said he did not want to be enshrined. The Hall has also been reluctant to enshrine a heavy metal band; AC/DC was probably considered more of a hard rock band than metal when it was inducted.

Each year, there are usually 15 candidates on the final ballot, and six-to-eight are inducted. In the six years, 1990-1996, all the final nominees eventually were enshrined, some after numerous nominations. The trend has been that some artists get nominated and nominated until they finally get voted in. The leading previous nominees still eligible are Black Sabbath (7 previous nods), Lynyrd Skynyrd (5), Chuck Willis (4), Sex Pistols (3), Patti Smith (3), The Stooges (3). The "5" Royales (2), Gram Parsons (2) Junior Parker (2), and Lou Reed (2–as a solo artist; he is a Hall of Famer with The Velvet Underground).

For some reason or oversight, the Hall did not list Johnny Ace, who was nominated once. Ace, Mary Wells and Esther Phillips seem like the forgotten nominees with all being nominated only in 1986.

While there are many ommisions, two stand out: Miles Davis, one of the father's of jazz-rock fusion, and Willie Nelson. Considering that Johnny Cash was enshrined in 1991, why has Nelson never been seriously considered? –Bob Grossweiner and Jane Cohen