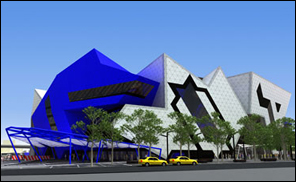 
This follows the weekend announcement by Western Australian Premier, Alan Carpenter that the Government is seeking private sector expertise to manage the venue.


“And when it comes to experience in entertainment and sports management, AEG Ogden is more than qualified to work in partnership with the State Government to deliver benefits, both financial and quality events, to the people of Western Australia,” Mr. Lister said.


Mr. Lister said through the Perth Theatre Trust and its management team led by Rodney Phillips, AEG Ogden has an excellent working relationship with the Western Australia Government.


“The Premier, Minister for Sport and Western Australian Sports Commission are to be congratulated for recognizing the importance of engaging professional venue management expertise for the Perth Arena.


“Since the closure of the Perth Entertainment Centre, Western Australia has been somewhat hamstrung in terms of being able to attract major tours.

“We look forward to re-linking Perth to the international touring schedule of acts that we secure for our other venues throughout Australia,” he said.


“Central to this event schedule is the Hopman Cup, supplemented by the other sporting events as well as world concert blockbusters, family events and major arena spectaculars.”


Mr Lister said he would be contacting the Western Australian Sports Commission today (Monday) to gain a better understanding of the precise operational needs and requirements to ensure a successful partnership with the State Government.


“We look forward to the opportunity to tender to operate potentially one of the most important stops in the Asia Pacific region,” Mr Lister said. –by CelebrityAccess Staff Writers