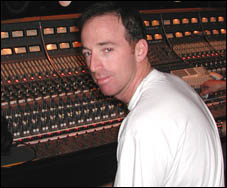 (CelebrityAccess MediaWire) — Agent Chris Goldsmith left the Rosebud Agency after 10 years effective April 23. His replacement is Michael Morris who has been at the company for a couple of years. Responsible agent responsibilities for The Blind Boys and Charlie Musselwhite will be taken over by John Lochen.

"After 10 years here it feels like time to move out of
being an agent and get back to what got me in the business to begin with, which is the creation of music — both live and recorded," says Goldsmith. "To that end I've started my own production company, Solid Productions, and will continue to work in my capacity as executive producer on the upcoming CD by Ben Harper and The Blind Boys, as well as the follow up release to the current Charlie Musselwhite CD that just came out to rave reviews."

"I have also been retained to coordinate talent for an amazing event at the UN next month and am involved in producing the Celebrating the Blues tour with Dr. John,
Charlie Musselwhite, and Shemekia Copeland that will be out on the road this Fall. Beyond that things are less clear, but I feel confident (or at least hopeful) that my path will take me to good places wherever it might lead."

"I do want to acknowledge a debt of gratitude to Mike Kappus for his support over the years both because believed in me enough to bring me up to San Francisco 10 years ago and because of his unfailing support ever since," adds Goldsmith. "Mike has built an incredible agency that is truly unique in the music business, and I'm proud to have been a part of the team."

Goldsmith can be reached at:

(CelebrityAccess MediaWire) — Skyline Music has promoted Becky Warn to handle all performing arts buyers in the Mountain and Western states. She replaces Tracy Tingley who has left for work in financial services.

Warn had previously handled promoters in New England and New York City. That region will now be added to the Northeastern territory of Skyline agent Patrick May.