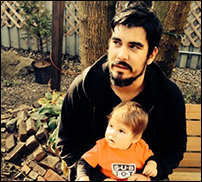 BROOKLYN, NY (CelebrityAccess) — Ground Control Touring has announced the addition of agent Joe Price to the team at the company's Brooklyn headquarters.

Price got his start in the industry, first as an intern, then as a part timer at Frenchkiss Records and with a second part-time assistant gig Inland Empire Touring.

In 2006, Price went full time at Inland Empire, and later moved to ICM, where he worked in the Contemporary Rock division.