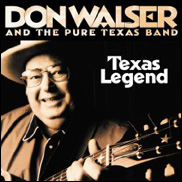 AUSTIN, TX (CelebrityAccess MediaWire) — Facing a lawsuit with the estate of country star Don Walser, Antone's Records, Texas Music Group, and Texas Clef Entertainment have all filed for Chapter 11 bankruptcy protection. The record store and club that operate under the name Antone's are not included in the suit.

The lawsuit alleges that those corporations and three individuals, Randy Clendenen, Heinz Geissler and James Heldt committed fraud, breach of fiduciary duty and breach of contract. The lawsuit was set to commence in state court on December 1st, but the bankruptcy filing will automatically delay any such proceedings.

None of the individuals identified have yet to file for bankruptcy protection.

In the lawsuit, which was originally filed in 2005, The Walser Estate contends that Don Walser's music has been packaged in 'best of' compilations released on by Texas Music Group and the estate has not received contractually required accounting statements nor monies owed them by the defendants in this case. The recordings were originally released on Geissler's Watermelon Records, but that label has subsequently declared bankruptcy.

"Walser family hopes that the lawsuit against the non-corporate individual defendants can quickly be severed away from the bankrupt entities, as it has been the family's contention from the inception of the lawsuit that the individuals are at fault and using the corporate shells to avoid responsibility." said a press release from Walser attorney Craig Barker. – CelebrityAccess Staff Writers