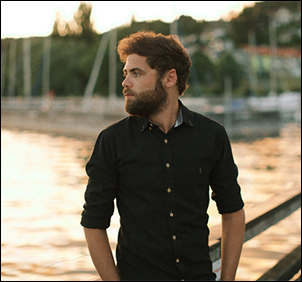 LOS ANGELES (CelebrityAccess) — British singer/songwriter Mike Rosenberg, aka Passenger, announced his new studio album, ‘Young As The Morning, Old As The Sea’, set for release on September 23rd. The lead single, “Somebody’s Love,” is available now, along with the official video for the track. Passenger will be in the U.S. and Canada for a short run of intimate shows and festival dates, with a full North American tour in the works for early 2017.

‘Young As The Morning, Old As The Sea’ sees Mike Rosenberg once again co-produce alongside Chris Vallejo (INXS, Empire of the Sun), this time at Neil Finn’s Roundhead Studios in Auckland, as well as Linear studios in Sydney. The epic landscapes in both New Zealand and on a recent trip Mike took to Iceland lent inspiration to create a newly panoramic album, with themes of relationships and the passing of time that are at once personal and universal. The album was written alongside a band of musicians – Ben Edgar (guitar), Rob Clader (bass), Peter Marin (drums) Jon Solo (keys).

Passenger has seen worldwide success since the release of multi-platinum “Let Her Go” from album ‘All The Little Lights.’ The accompanying video just joined YouTube’s elite The Billion View Club, only the 23rd music video to do so. Passenger released Whispers in 2014, which debuted at #12 on the Billboard 200. He spent the next two years playing sold-out show across the world and demanding the attention of thousands upon thousands of festival goers with only his voice and acoustic guitar.

‘Young as the Morning Old As The Sea’ was recorded at Neil Finn’s Roundhead studio in New Zealand, inspired by epic landscapes there and in Iceland, the location for the accompanying videos and photos. Lyrically, too, the album is newly panoramic. The stories both individual and universal, of relationships and the passing of time, are still there, for instance on tracks like ‘When We Were Young’, ‘Everything’ and ‘Somebody’s Love’. Yet they are joined, this time, by widescreen landscapes: Finnish forests, Norwegian lakes, Scottish highlands, the Italian coastline.