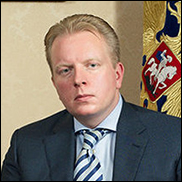 (VIP NEWS) — Sergei Fedotov, head of the Russian collecting society RAO, has been arrested on suspicion of fraud.

According to police, Fedotov is being accused of funneling real estate worth of over $7.7 million out of the organization, the Russian news service RIA Novosti reports.

On June 27, RAO`s office and Fedotov`s home were searched by police, after which Fedotov was brought in for questioning.

RAO, the state-approved authors` rights collecting society, has denied any wrongdoing by Fedotov.

"RAO`s general director Sergei Fedotov and the organization`s other employees are fully cooperating with the investigation, helping it to find out the truth," a spokesman for RAO tells Billboard. "We are sure that a qualified investigation will lead to establishing no wrongdoing in Sergei Fedotov`s action." Fedotov`s lawyer Denis Baluyev was quoted by the news agency RBC denying the allegations against Fedotov.

Police first looked into RAO in the summer of 2015, following an announcement that the organization would merge with two other collecting societies — VOIS, which deals with neighboring rights, and RSP, which collects a one-percent tax on imports of electronic devices that can be used for copying content.

Back then, the 500 million worth real estate was already mentioned, and there were unconfirmed reports that the probe could be linked to the possible merger, an idea heavily criticized by the country`s communications ministry.

According to RAO spokesman, the law enforcers eventually didn`t find any illegal activity, and no criminal charges were brought against the organization or its head. The merger idea was rejected in the fall of 2015, although RAO insisted changes to the way the organization operates are necessary.

Meanwhile, Nikolai Nikiforov, communications minister, was quoted by RIA Novosti as saying that Fedotov`s arrest is not linked to the agency`s plans to reform the royalty collection system in Russia, which are apparently different from RAO`s plans.