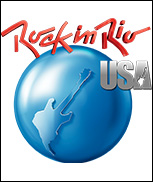 LAS VEGAS (CelebrityAccess) — The Rock in Rio festival brand had its U.S. debut in Las Vegas on two weekends, May 8 & 9 and May 15 & 16, but conflicting reports on the events attendance have emerged.

According to Billboard, festival organizers reported 172,000 admissions during four days, or an average daily attendance of 43,000, driven by a lineup that included Bruno Mars, Metallica, Taylor Swift and No Doubt. However, local police had a different story, providing Las Vegas press with attendance figures that are much lower, including a 29,715 figure for the peak day, which is a little more than half of the festival's claimed attendance.

Global Entertainment CEO Randy Phillips has a different story, telling Billboard that the event averaged closer to 75 percent of capacity, noting that local permitting had resulted in an actual cap of 65,000.

While the event didn't finish in the black, Phillips told Billboard that "it was successful based on first-year projections." Given a talent budget exceeding $10 million, he adds, producers "never expected to break even or make money in the first year, and lost less than anticipated."

Phillips told Billboard that for next year, they may trim a day from the festival, or remove genre specific days to broaden the general appeal of the event. – Staff Writers