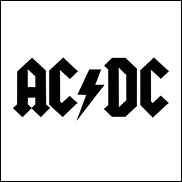 LOS ANGELES (CelebrityAccess) — AC/DC has announced that they plan to resume their postponed tour with the surprising addition of Gn'R's Axl Rose filling in for Brian Johnson on vocals.

Johnson, who has handled vocals for the band since Bon Scott's death in 1980, was forced to pull out of the tour in March, stating at the time that doctors had warned him that he risked irreparable hearing loss if he continued to perform.

At the time, the band postponed 10 dates in the U.S., including the band's Madison Square Garden show on April 4th.

Now, it appears they are back on the road. In a statement posted on the band's website, a rep said:

"AC/DC band members would like to thank Brian Johnson for his contributions and dedication to the band throughout the years. We wish him all the best with his hearing issues and future ventures. As much as we want this tour to end as it started, we understand, respect and support Brian's decision to stop touring and save his hearing. We are dedicated to fulfilling the remainder of our touring commitments to everyone that has supported us over the years, and are fortunate that Axl Rose has kindly offered his support to help us fulfill this commitment."

The European leg of AC/DC's stadium tour dates begins on May 7 in Lisbon, Portugal and runs through June 12 in Aarhus, Denmark, just in time for Axl to hit the road again with the newly-reunited Guns N' Roses for their June 23rd tour opener in Detroit. – Staff Writers