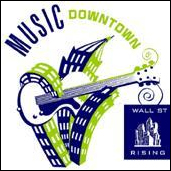 NEW YORK (CelebrityAccess MediaWire) — To help showcase the type of acts that will be filling the halls of The Art Exchange when it opens in 2007, owner Michael Dorf is producing a seven day concert series featuring the likes of Ryan Adams, Buddy Guy, Jeff Tweedy, Aimee Mann, Ricki Lee Jones and more.

The series will be held from November 14-20 at the Tribeca Performing Arts Center. The founder of the Knitting Club and future operator of his planned 900-capacity Art Exchange, saw the opportunity to demonstrate the plans of the new venue with the series following the highly popular Music Downtown concerts.

The 43-year-old Tribeca resident is proud of his efforts to help bring music into the Wall Street area.

“To me, the solution for the cultural revitalization is going to be off site, and there are so many beautiful, vacant banks – temples built to commerce – that are perfect for a cultural renaissance downtown,” he told Downtown Express newspaper.

Tickets to the free shows have been almost completely snatched up, proving Dorf’s theory: “For me, the most beautiful thing we’ve demonstrated is that if you book it, they will come. People will schlep to Wall Street to see music.” –by CelebrityAccess Staff Writers