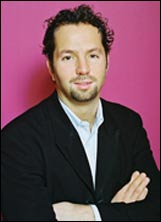 (CelebrityAccess MediaWire) — A major restructuring has occurred within Clear Channel Entertainment, a move that has been in the rumor mill for several weeks, and that will result in the elimination of almost 100 jobs.

In an internal company memo, CCE Global Music President Michael Rapino said that for several weeks CCE had been repositioning various elements of its business and personnel and talked about the need to change its current business model to meet the demands of a changing landscape.

As a result, CCE will be divided into 11 regional markets and resurrect the original names of the companies it acquired during the 1990's. They are:

All regional presidents will report to Charlie Walker, promoted to COO and based in Los Angeles.