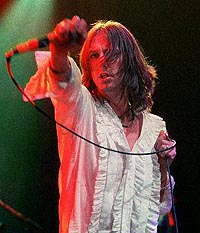 (CelebrityAccess News Service) — Singer/songwriter Chris Robinson will open a string of US dates for Elvis Costello, July 7-19. Guitarist/collaborator Paul Stacey will join Robinson. The two will perform acoustically. Robinson has previously toured the U.S. both acoustically and with the electric “New Earth Mud” band.

“For me, to get to play with Elvis Costello—a renowned songwriter and musician in his own right—is a real thrill,” Robinson says. “I’ve never seen him live, so it will be a treat for me as well.”