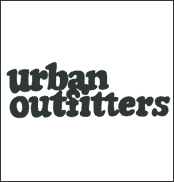 PHILADELPHIA, PA (CelebrityAccess) — Clothing retailer Urban Outfitters is claiming that it is now the world's number one seller of vinyl records.

According to a report by Forbes, the claim was made by Urban Outfitter’s Chief Administrative Office Calvin Hollinger during a conference call with industry analysts. “Music is very, very important to the Urban customer … in fact, we are the world’s number one vinyl seller,” Hollinger said.

Of course, the company didn't back up this claim with any sales figures but there isn't a lot of competition beyond Amazon.com in the vinyl market on a national scale and according to Forbes, independent record stores accounted for just 64% of vinyl sales in the U.S. in 2012.

The company claims that their success in vinyl sales have partially been driven by their sales strategy, in which the company effectively rents shelf space to vinyl vendors instead of buying and stocking physical product. Other large retailers such as Target and Whole Foods have taken note and are joining the fray, making shelf space available for a limited selection of titles.

Vinyl is a doing a surprisingly peppy business, and Soundscan reported that in 2013, 6.1 million LPs were purchased in the US, the largest number since 1991 when Nielsen launched the Soundscan sales tracking system.- Staff Writers