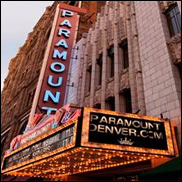 DENVER, CO (CelebrityAccess MediaWire) — The Colorado Music Hall of Fame will host an induction concert with performances from original members of the Nitty Gritty Dirt Band, Poco and Firefall, plus a tribute to Stephen Stills/Manassas, on Friday, January 9, 2015, 7 pm at Denver’s Paramount Theater.

Straddling such diverse styles as rock, folk, country and bluegrass, the Nitty Gritty Dirt Band’s move to Colorado from Los Angeles in 1971 contributed to its rise in stature, both commercially and creatively. Will The Circle Be Unbroken, the historic American music anthology, marked the acceptance of longhaired ‘hippie’ types by country music establishment figures. In 1977, the pioneering Dirt Band became the first American group selected by the Soviet government to tour Russia. In the 1980s, the band made inroads into the contemporary country music world with a slew of Top 10 hits. The band continues to record and tour and all the original members Jeff Hanna, John McEuen, Jimmie Fadden and Bob Carpenter will perform.

In 1968, with Buffalo Springfield in disarray, Richie Furay and Jim Messina set about assembling a band of their own. They recruited pedal steel guitarist Rusty Young and drummer George Grantham from B?enzee Cryque, a Denver-based band. Poco made its reputation as a top-notch, exciting live act; following personnel changes, the band members, Furay, Young, Grantham, Timothy B. Schmit (later of the Eagles) and guitarist Paul Cotton, moved to Colorado in 1971. Furay wrote one of Poco’s most distinctive compositions “A Good Feeling To Know” before departing the band. Poco plugged on, cracking the top of the charts with Legend, its 12th studio album. Furay, Young, Cotton, and Grantham will perform.

The Boulder scene is biggest success story, Firefall defined the ‘Colorado sound’ of the 1970s. The group’s soft-rock blend of country and pop landed six singles on the Top 40 from 1976 through 1981. Two Firefall songs the Top 10 ‘You Are the Woman’ and ‘Just Remember I Love You’ have each been played on radio more than two million times. Firefall was founded by singer-songwriter Rick Roberts and former Zephyr guitarist Jock Bartley in the summer of 1974. The other charter members of Firefall were Mark Andes (a founding member of Spirit and Jo Jo Gunne), singer-songwriter Larry Burnett, multi-instrumentalist David Muse and the late Michael Clarke on drums. Bartley, Roberts, Andes, Burnett and Muse will perform.

Searching for some peace from Crosby, Stills, Nash & Young in 1970, Stephen Stills would fly to airports in Boulder County that were close to his cabin near the town of Gold Hill, where he posed for his first solo album cover photo. He wrote many of the songs for his second solo album that winter while in Colorado; he also named his publishing company after Gold Hill. With Chris Hillman and members of his touring band, Stills visualized a group that would bring together rock, folk, Latin, country and blues. The amalgam of players, dubbed Manassas, disbanded after two albums (the first earning a gold record) and two years of road work. Recording sessions for Stills’ next two albums took place at Caribou Ranch in Colorado.

The evening will feature video tributes, interviews with inductees, celebrity speeches and performances and guest members of popular Colorado bands. The pre-concert gala (a meet-and-greet with the inductees) will also include an historic array of exhibits and archival photographs, to be relocated to the future home of the CMHOF the Red Rocks Trading Post. Also being honored will be Chris Hillman, Richie Furay, producer Jim Mason and comedian/banjo player Steve Martin.

“The mission of the Colorado Music Hall of Fame, a non-profit organization, is to honor those individuals who have made outstanding contributions, to preserve and protect historical artifacts, and to educate the public regarding everything that’s great about our state’s music,” says Chuck Morris, CHMOF’s chairman. Previous inductees include John Denver and Red Rocks Amphitheatre; Harry Tuft of the Denver Folklore Center and promoter Barry Fey of Family Dog fame; the Astronauts, Sugarloaf, Flash Cadillac and KIMN radio; and folk legend Judy Collins, the Serendipity Singers, Bob Lind and Chris Daniels. –by CelebrityAccess Staff Writers