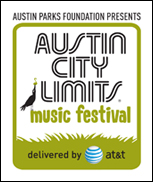 AUSTIN (CelebrityAccess MediaWire) — The Austin City Limits Music Festival is looking to prevent the extremely dry conditions that turned last year’s event into a Dust Bowl, as Capital Sports and Enttertainment has teamed up with the city to install a sprinkler system to irrigate Zilker Park.

The three-phase, three-year project will run sprinklers and water fountains through the park’s fields. Once complete, the system will pump fresh water for the drinking fountains and water from Town Lake for the sprinklers.

“The city of Austin Parks and Recreation Department has been wanting to do this. When CSE learned of that and offer to pay for half of that, it made it possible for the department to go ahead and move forward with the project,” parks department spokesperson Victor Ovalle told News 8 Austin.

“With the dust problem from last year, we said ‘We’re committed, we’ll help with it, and we’ll pay half of it,’” CSE’s Lisa Schickel said.

“People travel from all over the world to [the ACL Music Festival]. So it’s not something that we take lightly. We really care about the people that attend, we care about this event for the city, we care about Austin and we care about Zilker Park. So there was really no other question,” Schickel explained.