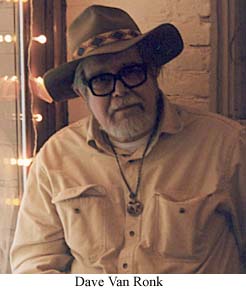 Known as "The Mayor of MacDougal Street" in Greenwich Village, he was also an early mentor of Bob Dylan.

Van Ronk last performed October 22 in Adelphi, Md., which was recorded for a live album. He underwent surgery in November.

His wife, Andrea Vuocolo, survives him. A memorial service is pending.