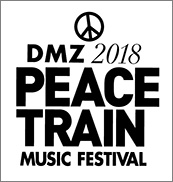 CHEORWON, South Korea (CelebrityAccess) — In another indication of the relaxing of political tensions on the Korean Penninsula, a music festival is in the works for the Korean Demilitarized Zone (DMZ) borderland between the nations of North and South Korea.

Dubbed the DMZ Peace Train Music Festival, the festival has been scheduled to take place from June 21st through June 24th, in Cheorwon County, located on the border between North and South Korea.

Other details about the event are still scarce, including the lineup for the event, which is only a little more than a month away.

Digital Music News reported that “several bands” had already been enlisted for the concert, including acts from South Korea, Taiwan, North Korea and the United Kingdom. While none are confirmed, DMN reported that international artists on the lineup included
Vaudou Game (France/Togo), Colonel Mustard & the Dijon 5 (Scotland), Joyce Jonathan (France), Mitsume (Japan), No Party for Caodong (Taiwan), Zenobia (Palestine).

And the Korean Herald reported that North Korean artists may get in on the action as well.

“While nothing has been set yet, we are planning to send an invitation to the North after the South-North summit, scheduled for the end of April,” said Gangwon Province Gov. Choi Moon-soon at a press conference for the DMZ fest on Tuesday.

“The organizers will also give prior notice of the event to the North so that it doesn’t mistake the festival sound for that of artillery,“ he added.

Organizers for the festival include Governor of Gangwon and the University of Seoul and according to DMN, the event has already garnered support from the industry, including:

While Brian Eno as not been announced as a performer at the festival, he did lend his name to a video posted to social media offering good luck messages for festival organizers.