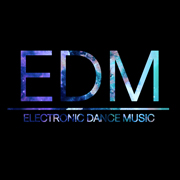 (Hypebot) – A new industry report from EDMTCC provides the most comprehensive look to date at the dynamics driving the surge of EDM in the United States.

Titled “The EDM Guide: Technology, Culture, Curation”, the report gracefully summarizes the evolution of Electronic Dance Music dating back to 1982, how EDM is outperforming in the face of declining music sales, and profiles several trailblazers throughout the industry.These topics will be familiar to many Hypebot readers, but the report provides a deeper level of understanding for industry pros, and serves as a starting point for entrepreneurs looking to enter the scene.

A key theme throughout the report is that EDM was born digital. This gives EDM several advantages over other genres: avoiding the bloodbath of declining CD sales, more frequent performances due to streamlined logistics, and a constant source of fresh talent because of the practically non-existent barrier to entry, among others.

Author Robby Towns, of the NestaMusic consultancy, definitely wrote this report with an authentic voice, and a clear passion that derives from his experiences as a Dance music fan. “Initially this project was limited to just compiling a few case studies, but quickly grew to be something else. The more I researched, the more I felt that there was an opportunity to tell a much bigger story about the music, culture and movement of EDM.”

When asked what the biggest unmet opportunity in EDM is, Towns points to the monetization of DJ mixes made possible by digital fingerprinting technology (the same thing that makes Shazam work.) This is supported within the report by citing Dubset’s estimate that several billion tracks will be heard as part of mixes in 2014, without any compensation being paid. This is clearly a boon for rights holders, but it’ll be worth watching to see if it creates a chilling effect on music discovery, and ultimately crimps revenue streams that depend on fans being familiar with the latest tracks.

EDMTCC wants to spur further thought around the future of EDM, and has launched a blog to drive that effort. Let’s help them keep the conversation going.

Link to the report. – Staff Writers