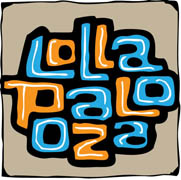 BERLIN (CelebrityAccess) — Lollapalooza organizers have announced that they are making their first foray into Europe when they stage an edition of their successful Lollapalooza festival in Germany in 2015.

Set for Sept. 12-13, 2015 at Berlin's Tempelhof Airport, the festival will be produced by Festival Republic, the team behind the Reading and Leeds Festivals, and Melt! Booking.

“We have very carefully considered bringing our festival to Europe and frankly, were intimidated by the rich festival history Europe has had for 50 years. Berlin feels like it is ready to explode as a city and cultural center and we want to be there to grow with the city,” said Marc Geiger, head of William Morris Endeavor’s music division.

Originally cast as a touring festival, Lollapalooza has been based in Chicago in recent years, with expansions in Chile, Brazil and Argentina.

“Over two decades since its inception, Lollapalooza is more than ready to break new ground and bring the experience to new audiences, offering not just music, but fashion, food, plus an environmental awareness that is so important in the future of music festivals. Working with C3 and Melt! Booking to bring the Lollapalooza brand to Europe gives me great pleasure in not only building upon my relationship with these global partners but allows me to return to the iconic Templehof site in September,” said Melvin Benn, Managing Director of Festival Republic. – Staff Writers