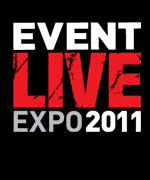 LOS ANGELES (CelebrityAccess MediaWire) — Organizers for Event Live Expo, which is set to take place at the Los Angeles Convention Center from April 12-14, have announced the initial list of speakers for this year's event.

Showcasing some of the top figures in the industry, this year's event will be keynoted by AEG President & CEO Tim Leiweke, who will be addressing delegates on how to create growth and incremental business opportunities within the sector.

Also presenting at this year's event will be Ricky Kirshner, Executive Producer of numerous major live events, including; Super Bowl Halftimes, The Tony Awards and Democratic Conventions. Using the Super Bowl Halftime as an example, Kirshner will discuss what he considers to be the essential elements required to produce a successful production, with a focus on teamwork as an important aspect.

Headline exhibitors committed to the event include; Harman Pro Audio, supplier of professional audio for large-scale events like the Grammy Awards and the Beijing Olympic Games; TLC Creative, providers of special effects for America's Got Talent and the MTV Movie Awards; Tomcat, stage constructors for The Rolling Stones, U2, Metallica and more; Brown United, staging suppliers for artists such as Elton John, Green Day, Eminem and Kiss; and Philips Vari-lite, world leaders in the manufacturer of premier lighting systems.

For more information on Event Live Expo visit them on the web at: eventlive-expo.com. – CelebrityAccess Staff Writers