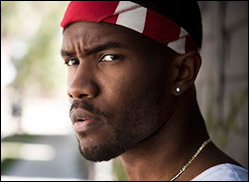 BARCELONA, Spain (CelebrityAccess) — Frank Ocean’s upcoming 2017 festival performances are dropping like flies as he recently announced he has cancelled his upcoming set at the 2017 Primavera Sound Festival.

The festival takes place in Barcelona, Spain next weekend but will be sans Frank due to what event organizers claim were production delays.

The festival released the following statement about the singer’s cancellation on Facebook: “We regret to announce that Frank Ocean’s concert programmed on Friday 2nd June in the Parc del Fòrum as part of Primavera Sound festival has been cancelled due to production delays beyond his control. The artist has apologized and has reiterated his wish to come to Barcelona soon. We are sorry for any inconvenience caused by this situation and we appreciate your understanding. Soon we will inform you about the possible changes to the programme in light of the above."

This is the third festival the “Nikes” singer has cancelled in the last month. Three weeks ago, he cancelled sets at the 2017 Hangout Festival and the 2017 Sasquatch! Festival, citing 'production delays' as well.

He still has upcoming festival sets planned at the 2017 Northside Festival in Denmark and the 2017 Parklife Festival in Manchester. No word on whether Frank will forego those shows as well.