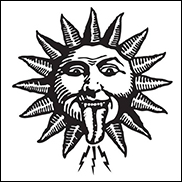 Since opened by Cathy Dethmers in 2004, the 450-capacity High Noon has become a fixture in the Madison concert scene and an award-winning stage for live music.

“It has been a difficult and emotional decision for me to give up the High Noon, but after more than 20 years in the business, and with two young sons at home, the time is right for me to make a change. I’m proud that the High Noon has become such an integral part of the community, and a well-loved hangout for so many loyal and supportive musicians and fans. So it is crucial to me that the High Noon continues to play its unique role in the music scene, and carries on as a welcoming venue for all types of bands and community events," Dethmers said in announcing her plans to sell.

"I knew I wanted to find a buyer as dedicated to music in Madison as I am. Given my longstanding business relationship with Frank Productions, the Franks were an obvious choice for running the High Noon, and I’m confident they will maintain the legacy I’ve built there. I’m really happy they were so receptive to that idea," Dethmers added.

Frank Productions will soon be applying for the necessary licenses to operate the venue from the City of Madison and the sale is expected to be completed in early May. The High Noon Saloon will continue to operate during the transition.

Last month, Frank Productions revealed plans to open their own concert hall, The Sylvie. Named after their mother and co-founder of Frank Productions, the Sylvie is slated to be open for business in 2018. – Staff Writers