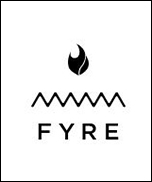 NEW YORK (CelebrityAccess) — Fyre Festival LLC, the company behind the now notorious Fyre Festival, has been placed in bankruptcy as disgruntled lenders seek to salvage what they can from the doomed event.

According to the Wall Street Journal, U.S. Bankruptcy Judge Martin Glenn ordered the Fyre Festival LLC to prepare a list of creditors.

Three creditors who had $530,000 to Fyre Festival LLC sought to force the company into chapter 7 bankruptcy in July, just days after founder William "Billy" McFarland was arrested and charged with fraud.

"If the money was burned up in the Bahamas we're not going to be able to recover it but at least we'll know where it went," Robert Knuts, a Sher Tremonte LLP lawyer who is representing the lenders, told the WSJ on Wednesday.

Knuts told the WaPo that the three investors were part of a larger group of about 20 creditors who are seeking more than $20 million.

The festival, which was billed as an exclusive event for the wealthy, with VIP tickets costing as much as $250,000, but the event proved to be poorly organized and organizers canceled it at the last minute, leaving festival-goers stranded and out of their ticket money.