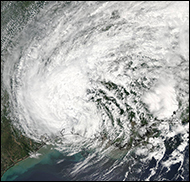 (CelebrityAccess) — In the wake of the devastation of Hurricane Harvey, a hosts of artists, celebrities, and industry figures have announced plans to pitch in and help Texans get back on their feet with donations and fundraising efforts.

Houston rapper Bun B and veteran music manager Scooter Braun announced that they planning to stage a benefit concert to help those affected by Harvey.

A rep for Bun told the Associated Press that Braun "is actively working on gathering talent and organizing logistics for the event." The rep added that the benefit is tentatively scheduled to air on four national networks on Sept. 12.

Country legend and Texas native George Strait also announced that he's "working on putting together relief efforts with the whole country music community." While he didn't specify exactly what he was planning, it certainly sounds like the makings of a benefit concert.

Solange Knowles is staging a benefit on September 28 at Boston’s Orpheum Theatre. She will be joined by the Sun Ra Arkestra, with the proceeds from the show going to support recovery efforts.

“I'm committed to partnering with organizations on the ground in Houston and making contributions to uplift the city that raised me with so much love,” she wrote in a statement on her Instagram.

Beyond the benefit concerts, any artists and celebrities have also made substantial donations to support recovery efforts.

Country artist Chris Young also announced plans to donate $100,000 of his own money to the American Red Cross to assist with recovery efforts.

Country trio Lady Antebellum pledged to donate 100% of their merch sales from a recent show in Dallas to help victims of the storm.

“We are incredibly grateful for the generosity of Leonardo DiCaprio and his foundation,” United Way Worldwide President and CEO Brian Gallagher said in a statement. “Responding to Hurricane Harvey requires the best of all of us — and that’s what this gift represents."

Beyonce, who hails from Houston, also announced plans to help Gulf Coast residents afflicted by the storm through her charitable foundation BeyGood.