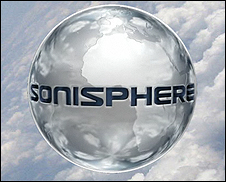 LONDON (CelebrityAccess MediaWire) — K2 and AEG-backed Kilimanjaro Live have announced that they are teaming up to produce a brand new festival to be held on August 1st and 2nd this year at Knebworth, Stevenage in the U.K.

The 60,000 capacity camping festival, dubbed Sonisphere, will feature Metallica and Linkin Park as headliners. Metallica is also set to headline the Sonisphere festivals at Nijmegan, Holland with support from Slipknot on June 20, Hockenheim, Germany with Die Toten Hosen on July 4, Barcelona with Slipknot on July 11, Hultsfred, Sweden on July 18 and Pori in Finland on July 25 with Linkin Park.

The festival will feature trim lineups with two stages for up to seven bands each.

"They will run alternately with five minute gaps and you'll see everything we put on the poster," festival organizer Stuart Galbraith told Billboard "It's about quality rather than quantity. Certainly in my latter-day period at Live Nation, I was dealing with increasing numbers of complaints from fans that the [Download] band quality was diminishing and that the scheduling of the festival meant that they couldn't get to see half of what they wanted to see."

Galbraith, who until last year produced festivals such as the massive Download and the Monsters of UK Rock for Live Nation UK, couldn't resist taking a few shots at his former employer.

"I think if I had have been at Live Nation still, I would have taken last year off. I would have preferred to have been really honest and said to the fans — as we did with Monsters of Rock on two or three occasions — there is not enough good talent out there this year, we can't deliver you the quality of festival that we want to, and we're going to give it a break and we promise we'll do everything we can to come back next year and be bigger and better and stronger than ever." Galbraith told Billboard.

Live Nation was ready with some festival news of their own and is set to reveal Download's line up for this year.

Live Nation U.K. COO and festival director John Probyn was quick to defend Download. "There's only one group of people we pay attention to and that's the fans," he told Billboard "They tell us they love the number of bands, they feel that they get value for money, it's not just about the big headliners it's about finding new bands. Download is here to stay." – CelebrityAccess Staff Writers