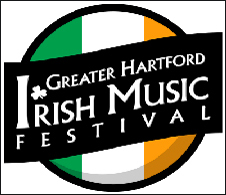 GLASTONBURY, CT (CelebrityAccess) — Organizers for the The Greater Hartford Irish Music Festival announced that the 2015 edition of the event would be cancelled after five years of declining revenues.

Hosted by the Irish American Home Society, the Irish Music Festival was started 32 years ago as a small event, had grown in recent years to a 3-day festival with over 25 musical performing groups and 25,000 attendees annually.

Festival organizers said that the event had not been a success for the club in several years and described the process of finding enough volunteers as a 'futile task' according to the Hartford Courant.

"The last five years there has been a steady decline in attendance and revenues probably due to the decline in the economy," Kennedy said. Since the music festival attracted so many none-club members it was hit harder by the recession than any of IAHS' other events. "And people's drinking habits have changed," IAHS president Maureen Kennedy told the Courant. Surprising as it may seem, Kennedy said that "people just aren't drinking how they used to."

Instead, the club is planning on launching a smaller event at the end of August.

"This one day event is designed to be low overhead with little infrastructure work needed," Kennedy wrote in the IAHS July/August Newsletter. "This event was not designed to replace the festival…it is not cultural in any manner. It is simply a fundraising event that was designed to capitalize on the popularity of food trucks and craft beer events."

Kennedy also noted that the Irish Music Festival may return in 2016.

"We are on hiatus, it's not over," Kennedy told The Courant. "Hold it for this year and re-evaluate come 2016." – Staff Writers