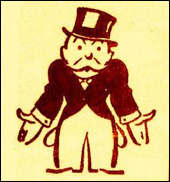 According to CBC news, Power Promotional Events president Harold MacKay said the company was unable to pay suppliers after suffering through poor ticket sales at events the company staged over the summer.

The company was known for bringing major touring artists such as Paul McCartney, KISS, Country Rocks and the Black Eyed Peas to Halifax and had promoted concerts on the Halifax Common. Local news source The Coast reported that the Black Eyed Peas show drew a crowd of 50,000 but only 26,000 tickets had been sold, leaving Power Promotional Events to take a $700,000 hit.

"The Black Eyed Peas wasn't as great as we had hoped, and we hoped a couple of weeks later the country show would pull us out of it, and it wasn't enough to do it," MacKay told the CBC. "So, you have good and bad in this business. It's a very risky business, and we know that."

According to McKay, the company, having no assets, won't go into receivership and will instead, simply cease to exist. A number of suppliers are on the hook for unpaid bills, including production company Tour Tech. Tour Tech's president Peter Hendrickson said that he knew of at least five other companies who are also owed money.

Next year, there are no planned concerts set for the Commons in Halifax, due to the construction of a speed skating oval on the site for the the 2011 Canada Games. The oval won't be removed until March 2011 and then the site will require additional restoration. Long term plans for the summer concert series on the Commons remain an open question. – CelebrityAccess Staff Writers