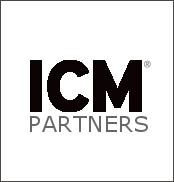 LOS ANGELES (CelebrityAccess MediaWire) — International Creative Management has finalized a buyout deal that will see the exit of private equity partners Rizvi Traverse Management as well as former owner/CEO Jeff Berg from an ownership role at the agency. While terms of the agreement were not disclosed, the Wall Street Journal reports that Berg and Connecticut-based Rizvi Traverse Management received a combination of cash and non-voting preferred stock in the agency.

"This is an important day for our clients and agents as we begin the transformation of ICM into ICM Partners," a spokesperson for the partnership said in a statement. "Our mission remains to help our clients achieve their goals with the best, most strategic representation in the industry, while providing our fellow partners and associates with a culture of teamwork, collegiality and opportunity."

Rizvi Traverse Management, headed by Suhail Rizvi, first bought into ICM In 2005 $70 million, with the investment helping the agency to finance the subsequent purchase of the Broder Webb Chervin Silbermann Agency in 2006. However, by 2011, strains in the management of the agency had become public knowledge with Rizvi's cost-cutting approach leaving some agents at the firm feeling undervalued by an owner who they did not feel was focused on the agency. Tensions appeared to grow inside the agency as well between Silberman and Berg, with Silberman reportedly threatening in November 2011 to exit the firm along with a group of key ICM agents to form his own agency until news of a potential buyout deal was announced internally at the agency in December 2011.

"This deal allows the next generation of leadership to participate in the success of the business, which is what we promised when we secured Rizvi Traverse as investors," Berg said. "I look forward to working with the partners in representing artists in all areas of the company."

"The best, most strategic representation in the industry," and to foster within the agency "a culture of teamwork, collegiality and opportunity."

"We congratulate the new partners of ICM and believe the transfer of ownership is the right direction for the agency and the appropriate conclusion to the investment made in 2005," Rizvi Traverse said in a statement. – CelebrityAccess Staff Writers