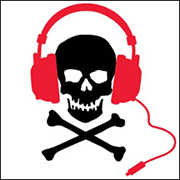 (Hypebot) – The debate as to how much piracy has hurt the recorded music industry rages on and currently informs decisions as to how much ad supported music reduces illegal downloads. An "unearthed study," which some interpret a proving that piracy had not negative impact on the music industry, is setting the internet on fire. Not so fast, says Neil Turkewitz.

A number of outlets are reporting on a 2014 study commissioned by the EU to examine the impact of piracy on sales, and are howling in protest that this study was buried by the Commission since it didn't support the pre-conceived political conclusion that EU action was necessary in light of the "known" impact of piracy. Luckily the persistence of the Pirate Party's Julia Reda has unearthed this gem which theoretically calls into question the Commission's intended agenda, and Reda herself is suggesting that it "may not be too late" to be used to stop the EU from proceeding in its quixotic attempts to save a creative community that according to her, needs no saving.

I am sorry, but this is crazy talk — some of it no doubt intentional, and some of it flowing from a misunderstanding of what it means to not find statistical evidence of causality. IBT went with the sensationalist headline: "EU Buried Study That Found No Impact From Piracy On Entertainment Industry," that its own article contradicted this supposed "finding." And Newsweek went with "INSIDE THE PIRACY STUDY THE EUROPEAN UNION HID: ILLEGAL DOWNLOADS DON'T HARM OVERALL SALES," again ignoring the fact that the study made no such finding.

And those partisans parading this study as proof of lack of harm are also surprisingly quick to assert causality in the action of the EU–presumably burying the report because it didn't support their political agenda, and failing to consider alternative reasons…say, that they felt it didn't add enough probative evidence that would help in decision-making, and that it was likely to be misunderstood as implying the lack of correlation between piracy and sales in ways that confused the public. I personally don't know what relevant officials in the EU were thinking, but this latter alternative not only seems plausible and likely, but sound.

So let's go back to what the study "found." As reported in TorrentFreak, the key conclusions were: "In general, the results do not show robust statistical evidence of displacement of sales by online copyright infringements…That does not necessarily mean that piracy has no effect but only that the statistical analysis does not prove with sufficient reliability that there is an effect.” It does not mean that piracy doesn't impact sales, only that they were unable to prove this effect based on the data they had at their disposal. In other words, they could not disprove the null hypothesis. You know, just like scientists couldn't disprove the null hypothesis about the effect of smoking on health for decades, or present efforts to disprove the null hypothesis on the effect of human activity on the climate. There are about a million reasons for failure to disprove the null hypothesis, but mostly they come down to one thing–understanding causality in complex relationships in which it is nearly impossible to establish control groups is incredibly complex. Essentially economists are looking for a straight line in a ball of thread. Truth is, we know many things that statistics can not prove. The truth can be more than the sum of its unknowable parts.

So what part of this universe do we objectively know? Global music revenue in 1999 at the dawn of Napster and internet piracy: $28 billion.

Did people lose interest in music? Far from it. It only lost its value, not its listenership. Indeed, according to reports, music consumption is at an all time high.

So tell me again how to interpret the failure of the study to disprove the null hypothesis! Does anyone truly believe that piracy was not a material factor in the dramatic reduction of revenue even as consumption has increased? I will grant that statistical proof of causality is hard to come by (at the end of this post, I have listed some references for peer-reviewed literature on the subject) but that is principally due to the limitations of statistical analysis in a complex and non-linear world rather than an observation of the world in which we live and breathe.

We may not be able to statistically prove our existence (i.e. disprove the null hypothesis that there is no connection between our awareness of self and our actual existence), yet most of us have little trouble in assuming that we are not imaginary.

Reda, TechDirt and others want people to reject their knowledge and sensible understanding of the world based on a study that doesn't stand for the proposition they advance. Small wonder if the EU decided to not release a non-finding based on a concern that it would be intentionally misused. I haven't spoken to anyone in the Commission and have no idea why they decided to refrain from publishing this study–all I can do is observe that if they were concerned about it being used to advance nonsensical arguments, they were sadly prescient.

One word before closing. TorrentFreak also summarized the report as follows: "So, it appears that products that are priced fairly do not suffer significant displacement from piracy. Those that are priced too high, on the other hand, can expect to lose some sales." I hope to explore this at greater length in subsequent posts, but it is truly straight out of Alice in Wonderland. Given issues of compression and bandwidth, movies were not as immediately affected as some other forms of entertainment, and thus retained their value. Music files on the other hand were small and easily distributed and transferred. The ubiquity of free music drove the perceived "fair value" of music to near zero, and licenses then reflected this perceived value. There is nothing fair about this–indeed, perhaps the most pernicious and lasting effect of piracy on music creators is that they are forced to operate within licensed environments based on the perception that recorded music has little if any value. This effect of piracy has consequences far greater and far more lasting than the straight substitutional effects the study sought to examine.

For a useful overview of peer reviewed literature, see this from Stephen Carlisle. Or as Danaher, Smith & Telang wrote in their 2016 paper, The Truth about Piracy: "So what should you do when the theory is inconclusive? Study the data, of course. And fortunately, economists and other academics have been gathering data and using it to study these questions since the early days of Napster, in 2000—which means we have plenty to work with. When we recently surveyed the peer-reviewed academic literature, we found 25 journal articles that analyze the impact of piracy on sales, which we’ve summarized in tables 1 and 2 below. What we discovered in reviewing these papers was a broad consensus: 22 of the 25 papers found that piracy reduces the revenue producers make from legal sales." Or see this 2016 paper from Stan Liebowitz entitled: "How much of the decline in sound recording sales is due to file-sharing?"