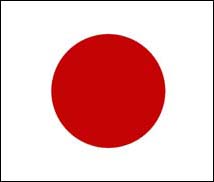 TOKYO (CelebrityAccess MediaWire) — The developing catastrophe in Japan has led to the cancellation of numerous concerts and tours by both Japanese and western artists.

Iron Maiden has cancelled their March 12 and March 13 shows. The band was in the air from Seoul, South Korea to Narita Aiport in Tokyo when they were advised to reroute to Nagoya airport instead, because of the earthquake.

K-pop band B2ST was forced to cancel their first Japanese concert, which was set to take place on March 16th.

Manhattan Transfer dates scheduled for March 15-25 at the Tokyo Blue Note, Cotton Club and Okura Hotel as well as the Nagoya Blue Note have both been canceled.

As previously reported, KISS pulled the plug on their April tour of the island nation, posting on their website: "Due to unforeseen circumstances and an unavoidable situation, KISS's April tour of Japan will be postponed."

Former Gn'R guitarist Slash was forced to cancel three planned gigs — in Tokyo on March 16 & 17 and in Yokohoma on March 18th.

American metalcore band All That Remains was on the road in Japan when the quake struck still played their gig that night, although turnout for the show was low due to transportation issues. The band has since returned to the U.S.

The Murderdolls announced that they have cancelled their remaining shows in Japan. In a post on their website, the band states that they were ready to play, but promoters, understandably, pulled the plug on shows for the 'next few days.'

Extreme The Dojo featuring the Melvins, High On Fire and Unearthly Trance has been canceled. The Japanese earthquake was the second major quake the Melvins have endured in recent weeks as the band was in Christchurch, New Zealand for a 6.3 magnitude quake on Feb. 22nd.

Dionne Warwick is considering cancelling three upcoming dates in Tokyo for next week.

Gaslight Anthem canceled their Tokyo show due to the ongoing crisis and power shortages.

Jack Johnson and his crew were in Osaka for a gig when the earthquake struck on March 11. The concert in Osaka took place as planned, but Johnson subsequently canceled the remaining Japanese dates on the tour. According to a post on Johnson's website, he had been scheduled to play next in Sendai, one of the cities hardest-hit by the Tsunami.

The Jacky Terrasson Trio's shows at the Cotton Club in Tokyo have been canceled.

The National's concerts in Tokyo and Singapore have been scrapped.

Fac 51 featuring Joy Division with Peter Hook, Felix Da Housecat, Basement Jaxx and others at the Hacienda Tokyo has been canceled.

If you are aware of additional canceled dates, please email us at news@celebrityaccess.com – CelebrityAccess Staff Writers