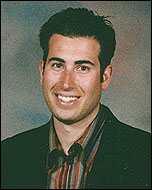 (CelebrityAccess News Service) – Jared Paul has joined azoffmusic management as a personal manager, working closely with company namesake Irving Azoff. Paul will also oversee a new division of the company that will develop strategic joint ventures to manage artists with other managers. Paul was previously director of entertainment for Washington Sports and Entertainment, owner and operator of the MCI Center in Washington, D.C.

"I had the pleasure of working with Jared and getting to know him through his gig in D.C., and was very taken with him,” Azoff said. “I see a lot of me in him and what I was doing at his age. I have tremendous faith that he will have a major positive impact and contribution as a manager.

"Working personally with Irving Azoff and learning from his experience and wisdom, is a dream come true,” said Paul. “I could not be more excited to be joining his team of industry-leading veterans, building the careers of today's musical stars, and developing the super stars of tomorrow."

As director of entertainment for Washington Sports and Entertainment, Paul was responsible for all of the concert, family, specialty sporting and assorted events that filled the busy downtown arena, resulting in more then 200 events a year including the 2000 Presidential Inauguration Concert for Youth, the 2003 World Figure Skating Championships, and concerts by Billy Joel and Elton John, Madonna, the Rolling Stones and the Eagles. He was also responsible for the operations and growth of Musicentre Productions, the in-house entertainment and production arm of the company.