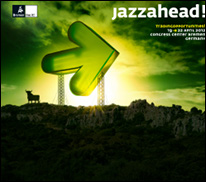 BREMEN, Germany (VIP NEWS) — Five Hundred exhibitors from 31 nations will participate in the seventh annual jazzahead!, a Jazz trade fair in Bremen, Germany at the Exhibition Center Bremen from April 19-22.

The exhibitors' figures represent a 35% increase over last year, according to the festival organizers.

Nearly all the European countries as well as the USA and Canada will be among the exhibitors. For the first time this year, Latvia, Croatia and Azerbaijan will participate in jazzahead!.

Sybille Kornitschky, project manager of jazzahead! said in a statement: "The trade fair does not only focus on the supplier: Our motto in 2012 is Trading Opportunities. This year there are even more international festival promoters and record distributors coming than last year. Under the heading "Best Practice" examples of the promotion of jazz are put into the focus. Among them are the Take-Five Europe project and the San Francisco Jazz Center."

This year's festival program will offer over 70 concerts as well as a CD and LP market.

This year's partner country is Spain which will present a Spanish night on April 19 and a gala featuring Spanish guitar player and Grammy winner Tomatito (a.k.a. José Fernàndez Torres) on April 20.

The jazzahead! Skoda award this year will be awarded to Siggi Loch, CEO of the German label ACT.

"With its unique concept combining a showcase festival, conference, exhibition and club night – all revolving around the central topic jazz – the event has become the must-go networking event of the global jazz scene," said Kornitschky.