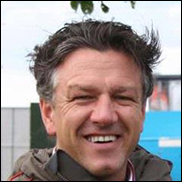 
The company has enjoyed numerous successes in 2015 including co-promoting Ed Sheeran’s trio of Wembley Stadium shows with DHP Family.


United Talent Agency’s Natasha Bent, who represents acts such as Foals and Chvrches, was named Agent of the Year and Wildlife Entertainment’s Murray Curnow and Ian McAndrew won Artist Manager of the Year for their work with Royal Blood.