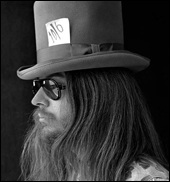 According to Tulsa World, the 74-year-old Russell is expected to make a full recovery, but is undergoing tests in Nashville. A post on Russell's website stated that he is scheduled to undergo surgery and will be recovering for several weeks.

As a consequence, Russell has postponed all 28 of his tour dates through September 18th, including performances at The Buffalo Chip in Sturgis, ND, The Topeka Performing Arts Center and the Peacemaker Music Festival in Arkansas.

Postponed tour dates will be rescheduled at a later date. – Staff Writers