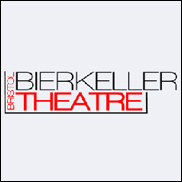 LONDON (CelebrityAccess MediaWire) — The Bristol Bierkeller has a history of live music, over the last 35 years they have hosted some big names in rock and pop including Nirvana, Nine Inch Nails, Arctic Monkeys, The Stone Roses, Crowded House, Blur, Pulp, The Smashing Pumpkins, Soundgarden and more.


With a change in ownership, the venue will be re-launching in July of 2013. The venue will be undergoing audio visual improvements, the artist facilities are being upgraded and the main auditorium will be re-decorated throughout.
There will be an extensive program of live music, theatre, comedy, club nights and of course the continuation of the famous Oompah! party nights.

Touring Bands
The main change in programming at the venue will be the re-introduction of national touring bands. Booking a mixture of heritage and contemporary artists from all genres with shows taking place throughout the week. There will also be a number of local live showcase nights with up and coming bands from Bristol.

Clubnights
The Friday night rock and metal club with DJs playing music from Muse to Megadeth, Sabbath to Slayer, Def Leppard to Devin Townsend every week from 11pm – 4am.

Tribute Bands
Friday night before the clubnight starts there will be a tribute show with bands selected from the very best playing the international circuit today 7.30pm – 11pm. A ticket for the tribute show allows free entry to the rock club night afterwards.

Oompah! Nights
The Oompah! night has been popular for years, A party every Saturday night, especially good for large group celebrations, birthdays, hen and stag nights, live entertainment from the Bierkeller Oompah Band, litre steins of beer, cider and cocktails, fancy dress and party and club DJs til 1am.


Theatre
The Bierkeller Theatre established in January 2012 has been operating with success, having already hosted over 50 productions, presented by national and international touring companies. Previous productions have included My Baby Just Cares for Me (“full of poignant observation” – The Guardian); adaptations, such as Moby Dick (***** – Venue); new writing with Bike (***** – What's On Stage); the first ever UK Team Poetry Slam; in-house plays from theatre luminaries such as John Redgrave; a sell out show from ITV West; and regular nights from Bristol Improv Network.

Comedy
Al Murray, Rich Hall, Sean Lock, John Shuttleworth and Dirty Sanchez are just a few of the many comedy acts that have appeared at the Bierkeller over the years , they will be developing a regular Comedy night in the autumn and once again inviting the big names back to the Bierkeller. –by CelebrityAccess Staff Writers