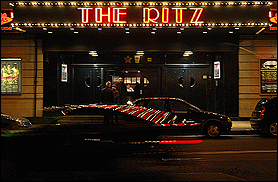 MANCHESTER, UK (CelebrityAccess MediaWire) — Live Nation UK is looking to expand their already strong presence in the northern City of Manchester market with the addition of a fourth venue.

According to Crains' Manchester Business, Academy Music Group, which Live Nation has a majority stake in, is on the make for a venue smaller than the Apollo, with a capacity between 1,000-2,000.

"We don't have one in Manchester and there may well be scope for another venue within that remit," Live Nation UK's Paul Latham told the Crain's. Latham went on to note that they would much prefer to acquire an already existing venue than to build something new.

One likely candidate for acquisition would be the nearby 1,300 capacity Ritz, which is currently in administrative receivership after its former owners, Candu Entertainment became insolvent.

Steven Cullen, the manager of The Ritz, told Crain's that there were currently several suitors who had expressed interest in the venue.

"It needs some updating — inside and out — but it has a lot of history and bands like playing here. We put on around 70 shows a year." Cullen said.

The one snag with the Ritz would be the nearby presence of another one of Live Nation's Manchester operations, the Manchester Academy, where £3.5m has recently invested on major upgrades. – CelebrityAccess Staff Writers