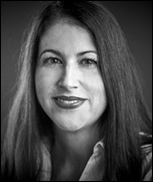 In the newly created position, Lawler-Freas will share booking duties with Allan Vella, President and C.E.O, and Shelly Kleppsattel, Booking and Contract Manager, with an eye towards bringing more top tier comedy and contemorary concert events to the Fox.

Lawler-Freas has over 20 years of experience in talent booking, with previopus stints as talent buyer for House of Blues Concerts Club Network for three years and Concert/Southern Promotions (now Live Nation) for over four years, where she booked Music Midtown's productions from 1998 to 2001.

"When launching Rival Entertainment almost 15 years ago, the first performances I booked were two sold out Pixies shows at the Fox Theatre. It was such a great sense of accomplishment, especially since the Fox is simply magical and I've admired its beauty since I was a little girl. Ever since then, every show that I organize at the Fox – I always pause to take it all in. Each and every time, I am still in awe. I could not be more excited and proud to join the creative, passionate, and hardworking Fox Theatre team," said Lawler-Freas.