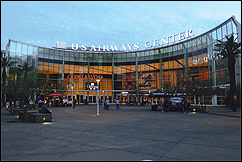 Marchetta started at the venue in 1992 as an event manager, most recently serving as Vice President of Entertainment for both the 19,000-capacity Center and the nearby 5,000-capacity Dodge Theatre.

Marchetta has been celebrated for his ability to secure top name acts in the Phoenix area during his time with the facility. –by CelebrityAccess Staff Writers