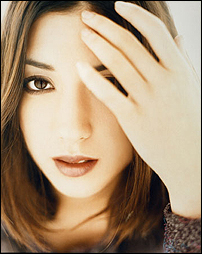 SHEBOYGAN (CelebrityAccess MediaWire) — A devout Michelle Branch fan finds himself in hot water following an incident at a concert in Sheboygan, the Sheboygan Press reported.

The man, 32-year-old Dominick Giordano, was arrested at the Stefanie H. Weill Center for the Performing Arts after Branch spotted the fellow very close to the stage. Ordinarily its not a problem when fans are near the stage, but this particular fan had some previous Michelle Branch memorabilia in the form of a restraining order that his proximity at the concert put him in violation of.

Michelle was leading into her last song when she spotted Giordano in the crowd. Upon spotted him, she reportedly said "Wait a second. There’s a guy in the audience — striped shirt and glasses — can somebody check him out?" Giordano, perhaps sensing the gig was up for him, attempted to hastily exit the premises but was detained before making his escape. Branch then apologized and finished the show.

Giordano has been reportedly following Branch to various concerts around the country since 2003. He apparently sends her letters and videos and has attempted to sneak backstage or into post-concert parties on more than one occasion. He's even reportedly lunged at the singer during an autograph signing. He's been arrested for his Michelle-related behavior in at least 4 other states in the past.

Giordano was described by police as "cooperative" and was subsequently released on 150 dollars bond.

Branch, 23 is married and has a child. – CelebrityAccess Staff Writers