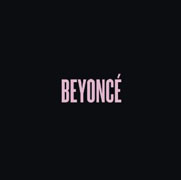 NEW YORK (Hypebot) – From Beck previewing his Morning Phase album for in-flight air travelers to hear via Gogo Inflight Internet before its formal release date to Bruce Springsteen streaming his recent Higher Hopes album more than a week before its release as a promotion for the TV show The Good Wife, there’s more to release dates than a specific date. We take a closer peek at various types of release strategies (release dates, formats, exclusives and previews) and how they relate to post-release success.

Although New Music Tuesday has been famous for decades, the tradition is shifting, with the most obvious example being a recent one: Beyonce’s self-titled visual album released last year. Released at midnight on Friday, Dec. 13, 2013 as an iTunes exclusive digital release, the surprise album sold an impressive 617,000 units in its first three days without any radio airplay or pre-release promotion. It was available only as a digital release until Tuesday, Dec. 18, which is when brick-and-mortar stores began selling the album. Beyonce’s album continues to perform very well digitally, with almost 50 percent of the album’s sales in 2014 being digital.

Sometimes artists choose to sell an EP or make their music available for streaming before a formal album release. For example, New Zealander Lorde released The Love Club EP and Tennis Court EP in March and June 2013, respectively, before offering fans her Pure Heroine album in September 2013. Pure Heroine has sold 1 million albums to date.

Streaming previews are another way for artists to build anticipation for upcoming albums. Last year, after a seven-year hiatus, Justin Timberlake made part 1 of The 20/20 Experience available for streaming in its entirety via the iTunes store for free before the official release. Upon release, the first part sold 968,000 albums in its first week and remained in the top spot for three consecutive weeks. Furthermore, it was the top selling digital album of 2013. Songs from both parts of the album have totaled 234 million streams to date*. Daft Punk used a similar strategy for its Random Access Memories album, which the French duo released for streaming a week before it was available for purchase, and the majority of album sales to date have been digital albums. Furthermore, songs from the album have been streamed over 232 million times to date*.

Digital providers aren’t the only ones playing exclusives. Online music blogs like Stereogum and Okayplayer are amplifying their sites with streaming music—including exclusive previews. For example, Schoolboy Q’s recently released Oxymoron album was made available for streaming on YouTube three days before it was available for sale. He also performed the entire release for NPR Music’s debut First Listen Live concert series. The album debuted at the top spot with 139,000 albums sold and now has accumulated over 29 million streams*—evidence that retail exclusives and previews remain successful promotional strategies.

THE POWER OF THE PREVIEW

Contrary to what one might believe, giving away music for free can also build excitement and generate music sales. The mixtape, which has been prominent in hip-hop culture for decades, is a classic example—one that’s been updated over time to stay in step with advancing technology. For example, last year, Baauer made his “Harlem Shake” available for free on iTunes before making it available for purchase. Later, when it was priced for sale, the popularity had picked up enough to support it, and the title was the top streamed song of 2013 with 490 million streams. To date, it has sold 1.9 million digital songs.

Another famous example is Jay-Z’s partnership with Samsung in 2013 to debut the artist’s Magna Carta Holy Grail app, which gave one million Samsung device owners exclusive, full and free access to the album days before it was released. Despite the giveaway, the album was one of Jay-Z’s best first-week debuts and the seventh best-selling digital album of 2013, with 640,000 digital albums sold. The effort shows us that the excitement built around a free release can lead to greater sales.

As we’ve seen with many examples, creative release strategy is something that has evolved as artists take advantage of technology and the exposure and reach of multiple platforms. The most successful artists and releases maximize ways to reach their fans and we will see the most creative artists and marketers continue to push to new levels.