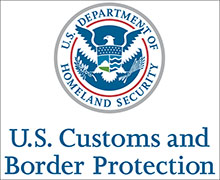 AUSTIN, TX (CelebrityAccess) — Three more bands have pulled out of performances at this year's South by Southwest [SXSW] music festival, claiming they were prevented from entering the United States by Customs & Border Protection.

According to NPR, Brownswood Recordings, founded by DJ, producer, and broadcaster Gilles Peterson, announced that brothers Ahmed, Yussef and Kareem Dayes all had their status on the Visa Waiver Program (ESTA) revoked. The three play in the band United Vibrations

"We are sad to announce we will NOT be performing at SXSW in Texas because our ESTA's have been revoked under the new Executive order. We were looking forward to connecting with our brothers and sisters stateside to share our music. Why weren't we let in? Our Names? The music? The color of our skin?" United Vibrations said in a group statement.

The revocation also affected Yussef Kamaal, which also includes Yussef Dayes who said he believes the ban was based on "religion and race."

As well, the post-hardcore band Massive Scar Era, which is based dually in Vancouver, Canada and Cairo, took to Facebook to claim m that members of the group were denied entry into the United States ahead of their showcase at SXSW as well as other tour dates in the U.S. It is worth noting that if the band's claim of other tour dates is accurate, they had an incorrect visa as the 'showcase exemption' on a U.S. tourist visa does not cover a traveling tour.