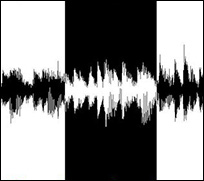 (Hypebot) –
To better understand sampling, a practice which has become ever easier with the development of new technologies, an entertainment and media attorney takes a back-to-the-basics look at how an artist can sample legally, in a way which keeps their music marketable and above board.

Guest Post by Justin M. Jacobson on the TuneCore Blog

[Editors Note: This is a guest blog written by Justin M. Jacobson, Esq. Justin is an entertainment and media attorney in New York City. He also runs Label 55 and teaches music business at the Institute of Audio Research.]

With advancing technology and the development of new digital musical techniques, it has become even easier for an artist to “sample” and integrate another’s finished recording or sound bite into a new, altered and derivate work created by a new artist.

In today’s evolving marketplace, commercial DJs such as Girl Talk and many of today’s top hip hop, dance and pop music producers are all mixing and weaving together different “samples” (a portion of another’s recording) into their new “music.” With this practice becoming even more prevalent, a proper understanding of what sampling is and how to obtain proper clearance to legally utilize the sample becomes an essential factor in a song’s potential profitability as well as marketability.

“Sampling” is best described as reusing a specific portion of another’s sound recording. The amount used varies; from as little as merely integrating another’s unique drum combinations or guitar rift into a song, to utilizing the entire chorus or a complete verse from a song. This action, in simplest terms, can be viewed as merely “copying” and “pasting” a portion of another’s existing sound recording into your new work.

In order to properly and legally “sample” another musician’s work in an artist’s track, the sampling artist must obtain a “sample clearance” from the appropriate owner(s) of the original recording. Since there are two copyrights in every song — the sound recording (typically administered by a record label, e.g., Interscope Records) and the underlying musical composition (typically administered by a publishing company, e.g., Sony/ATV) — a party must obtain permission from both copyright owners and enter into a licensing agreement with each owner in order to legitimately utilize a “sample.”

There may be situations where a use is determined to be “de minimis” and too small to require licensing; but, that is a complicated situation which requires serious analysis.

Generally, in order to ascertain who the proper owners of each respective copyright are, you can start by accessing and searching through the U.S. performing rights society databases (i.e. ASCAP or BMI). These databases generally list all the relevant writers, producers and appropriate publisher information for a particular track. Typically, there is also direct contact information listed in the database; and if not, it is advisable to look for a department that handles “licensing” or “sample” and/or “clearance” at the specific company as those are the individuals who generally handle third-party licensing of the finished recordings.

Once you determine the appropriate licensor contacts, an individual should request a “sampling” license. This licensee request should generally include:

What part of the song you are planning to use the sample (i.e., the whole chorus, a drum loop, etc.)

How you are planning to use the sample (solely replacing a chorus, distorted in the background, continuously looped, etc.), the number of units you plan to create or distribute

What types of media you will use (CD, ringtones, streaming, etc.)

Some licensors may also require you to provide an actual copy of the new recording for the licensors to listen to prior to granting any license.

A typical sample license may include an up-front license fee as well as a royalty on each recording sold and/or may include an actual ownership interest in the new recording for the original artist, especially when a substantial portion of the original track is utilized or when the artist is extremely well-known.

Generally, the more famous the original track is and the longer the sample used is, the larger the license fee may be. Thus, each artist’s bargaining power comes into play because the alternative (not licensing the “sample”) could end up in litigation with more significant costs, especially if the sampled song ends up being a commercial success. Sometimes, they will even request an ownership interest in publishing on the new composition.

Alternatively, since a copyright infringement claim is based on substantial similarity and access, an artist can attempt to independently create a desired recording and utilize this new recording for its own track. Since the artist is not technically “sampling” the exact existing sound recording, the subsequent similar track might not subject the sampling artist to any liability for copyright infringement of the sound recording.

The policy behind this is that if an individual creates his own recording, even if it sounds identical to the untrained ear, there will still inherently be enough variation that this subsequent recording should not be considered an infringement. Thus, the sampling artist would then only need to obtain permission from the publisher who owns the underlying musical composition. There, no permission from the record label who owns the sound recording would be needed.

However, there is always potential for a lawsuit, as a long-time British colleague once said, “where there’s a hit, there’s a writ (lawsuit).”