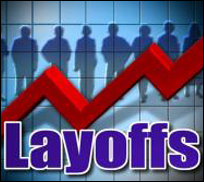 BEVERLY HILLS (Hypebot) –
In a second wave of major restructuring, MySpace announced this morning that it will cut 300 of its 450 international staffers and close at least four overseas offices. The moves on the heels of Facebook passing MySpace in both visitors and page views in the US and worldwide and just a week after the social networker reduced it's domestic head count by 30% cutting 420 staffers.

Upon completion of the proposed plan, London, Berlin, and Sydney would become regional hubs for MySpace’s international operations. Offices in Argentina, Brazil, Canada, France, India, Italy, Mexico, Russia, Sweden, and Spain would be placed under review for possible closure. Locally owned and operated MySpace China and a joint venture in Japan would not be affected.

“With roughly half of MySpace’s total user base coming from outside the U.S., maintaining productive and efficient operations in our international markets is important to users worldwide and our immediate financial strength,” said MySpace Chief Executive Officer Owen Van Natta in a statement. “As we conducted our review of the company, it was clear that internationally, just as in the U.S., MySpace's staffing had become too big and cumbersome to be sustainable in current market conditions. Today’s proposed changes are designed to transform and refine our international growth strategy.”