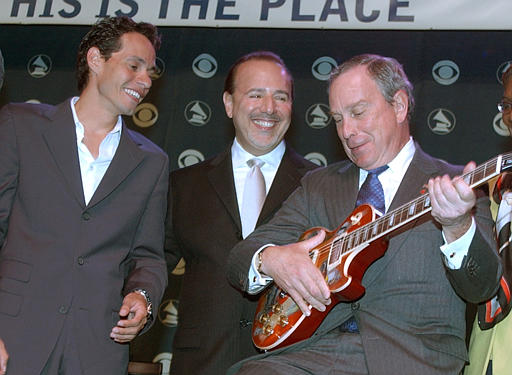 The 2004 Grammy Awards will not be held in New York partially because Madison Square Garden will not be available next year due to home games of the New York Knickerbockers and New York Rangers according to the New York Daily News. "We didn't even put a bid in for them," deputy mayor for Economic Development and Rebuilding Dan Doctoroff told the paper. The proposed date was February 8 about two weeks earlier than the Grammy's are usually held. With the Oscars being moved to late February from late March, it appears the Grammy Awards did not want to go head-to-head with the Oscars.

"It isn't just juggling the schedules of the Knicks and the Rangers," says an executive with Cablevision, which owns the Garden. "You have to take yourself out of the market for concerts. And the Grammys aren't just one night. It takes several weeks to get ready." The executive for Cablevision, which also owns Radio City Music Hall, says the event has outgrown the Musical Hall.

"The Garden is the right place for the Grammys," says Doctoroff. "And we hope to have them back in 2005."